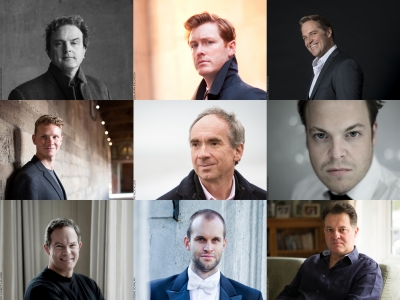 Each of the nine alumni featured on this album sang as young adults at King’s, alongside pianist Simon Lepper, a graduate of King’s. The songs included on the album span settings of Shakespeare songs, those of prominent 20th Century composers Vaughan Williams, Britten, Finzi, Clarke and Howells through to contemporary works by Jonathan Dove, Iain Bell and Celia Harper.

The album will be released on 19 March, and will be available on stereo CD, for ‘Studio Master’ download, and on streaming platforms. The CD of the album will include a bonus track performed by Gerald Finley, Simon Lepper and Christopher Keyte.