The tracks on this album were recorded live during Evensong services in the 2013-2014 academic year, as part of the College’s regular Chapel webcasts. This collection provides a snapshot of the ensemble during a fleeting moment in its five-century history, and a glimpse of the daily music making that is so integral to life at King’s. The album includes the stunning Quatre motets pour le temps de Noël by the French composer Francis Poulenc.

The recordings were made during services using a state-of-the-art recording system concealed in the roof, vestry and organ loft, with microphones suspended discreetly above the choir stalls.

“Precise and graceful singing” – The Guardian 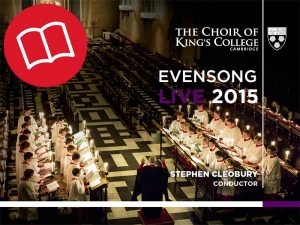 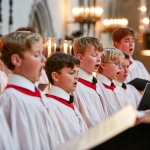 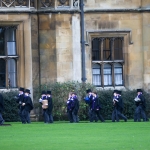 The Choristers processing from school to the Chapel. 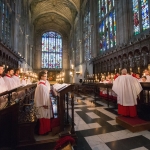 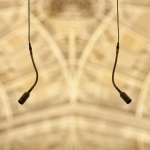 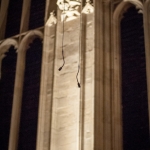 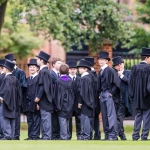 The Choristers in their ‘croc’ formation, ready to walk to the Chapel for Evensong.

Recorded at 44.1kHz 24-bit PCM stereo in the Chapel of King’s College, Cambridge, by kind permission of the Provost and Fellows, between May 2013 and March 2014.