This new recording from King’s College Chapel celebrates a voice reborn: the first surround-sound recording of the famous Harrison & Harrison organ since its once-in-a-generation restoration in 2016. A varied programme of music from Bach to Franck and a newly recorded work by George Baker demonstrates the restored organ in all its glory played by Stephen Cleobury and recorded in high definition and 5.1 surround-sound. The accompanying booklet features some of the best images from the restoration project, a short history of the organ, and comprehensive music notes.

To celebrate the refurbishment of the Harrison & Harrison organ at King’s, Cambridge, the college’s musical director presents a captivating sequence centred on Bach. Six of his chorale preludes are highly absorbing, not least because Cleobury finds a different registration for each. Franck’s Pièce héroïque mines a deep shaft of basso sonority that contrasts with the prevailing textural delicacy, and indeed deliciousness, of the Bach and a Mendelssohn sonata. The effect is magnificent.

The Harrison & Harrison organ in King’s College Chapel is, like the College Choir, famous the world over. The organ case with gilded pipework, which surmounts the 16th century screen, is a striking feature of nearly every depiction of the interior of the Chapel, while the instantly recognisable sounds of the instrument have become inextricably associated with those of the Choir.

In January 2016, the instrument – including its 4,300 pipes – was removed from King’s College Chapel for the most significant restoration since the 1960s. Just nine months later, the project was completed, with the famous organ secured for future generations.

Recorded just a few months after the restored organ was heard in public once more, this album celebrates a voice reborn, with a varied programme of music that shows off this magnificent instrument at its very best.

Unusually for such a busy conductor, Cleobury has remained active as an organist. A former president of the Royal College of Organists, he gives regular performances in the weekly recitals at the King’s Chapel, while his recordings have been championed for their virtuosity and musical insight.

“In celebration of this once-in-a-generation restoration, I have chosen a programme of music that makes the most of the instrument’s size, versatility, and the range of subtle colour that it can offer. The six Bach chorale preludes present six different registrations, and are placed on either side of the three substantial romantic works that allow for the full range of the organ to be heard. I am particularly pleased to include the contemporary works by Simon Preston and George Baker – the latter of which is recorded here for the first time.” – Stephen Cleobury 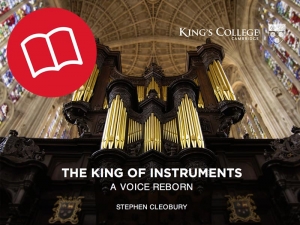 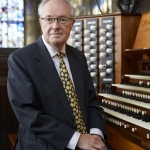 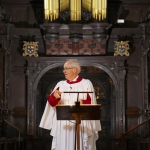 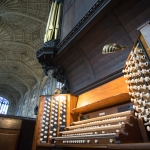 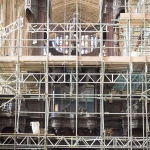 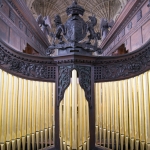 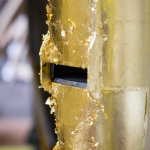 Please note that our next CD dispatch date is 6 August. Thank you for your understanding. Dismiss