From the work’s quiet beginnings through to the magnificent and magisterial final part, this is deeply impressive organ-playing, with Kings College’s atmospheric sound expertly captured.
Editor’s Pick. Gramophone Magazine

Gowers produces a persistently altering range of sound, all in the service of the music rather than the player. And for essential clarity of performance – every note audible and distinct, despite that famous acoustic – it would be hard to ask for more. A noble, and moving, achievement.
Catholic Herald

The intimacy and illumination of Gowers’ reading has brought this piece to life in ways I scarcely thought possible. A remarkably perceptive and profoundly moving performance; superlative sound, too.
Recording of the Month. MusicWeb International

A testament to Messiaen’s devout Catholicism, each movement follows a portion of the Christmas story, from the Virgin Birth
to Epiphany, with the number of movements symbolic of the nine months of Mary’s pregnancy. Significantly, the work contains early examples of Messiaen’s signature compositional elements, such as birdsong, rhythmic inspiration from Hindustani and Carnatic musical traditions, and the ‘modes of limited transportation’, which he would later publish in La technique de mon langage musical.

Born in 1994, Richard Gowers is a British organist, pianist and conductor. After becoming a prize-winning Fellow of the
Royal College of Organists at the age of 17, he won first prize at the 2013 Northern Ireland International Organ Competition and studied at the Mendelssohn Conservatoire in Leipzig. From 2014 to 2017 he held the distinguished position of organ scholar at King’s College, Cambridge and in September 2017 he became Chapel Choir Organist at the Old Royal Naval College Trinity Laban. His career as a concert organist has seen him perform in prestigious venues around the world, including Westminster Abbey and St Paul’s Cathedral. 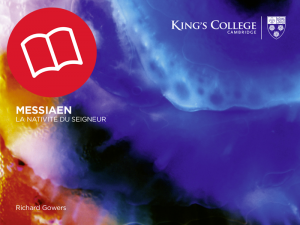 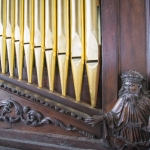 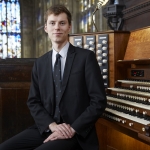 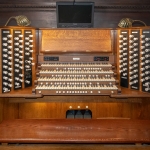 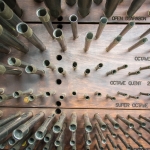 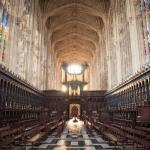 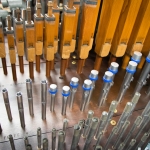 Recorded at 192kHz 24-bit PCM stereo in the Chapel of King’s College, Cambridge, by kind permission of the Provost and Fellows, 17-18 July 2017.