Recording of the Month November 2016 – Friends of Cathedral Music

“All the cosiness and geekiness of a garish Christmas jumper. I have a feeling this will be playing while I peel the sprouts on Christmas morning.” – Gramophone Magazine

The King’s Men is the close-harmony vocal group formed by the current Choral Scholars of King’s College, Cambridge. Twelve Days of Christmas showcases the lighter side of their seasonal repertoire including Away in a Manger and Gabriel’s Message alongside classic favourites such as Rudolph the Red-nosed Reindeer and Santa Baby. Pat Dunachie, now First Alto in the King’s Singers, can be heard channelling Mariah Carey in All I Want for Christmas is You.

Unlike many close-harmony groups, The King’s Men record together in a natural acoustic, instead of tracking each voice separately in a studio. This results in stronger musical cohesion and a more authentic sound.

Stephen Cleobury, Director of Music, says he is proud of the success earned by the King’s Men:

“I am delighted that, after the success of the first King’s Men recording on the College label, the Choral Scholars have recorded this outstanding new collection of Christmas music. That they have planned, rehearsed and performed for this recording themselves is testament to the professionalism of Choral Scholars at King’s, and the results speak for themselves.” 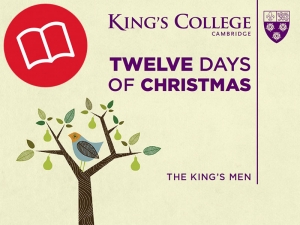 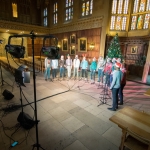 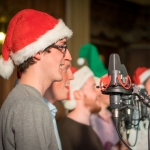 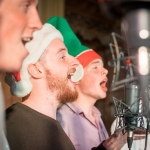 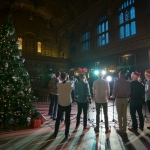 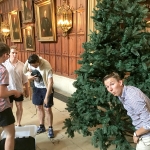