Rebecca Clarke and The Seal Man

This is a guest blog post by Christopher Johnson, a great-nephew of the composer Rebecca Clarke, whose piece The Seal Man is featured on the new recording Proud Songsters. 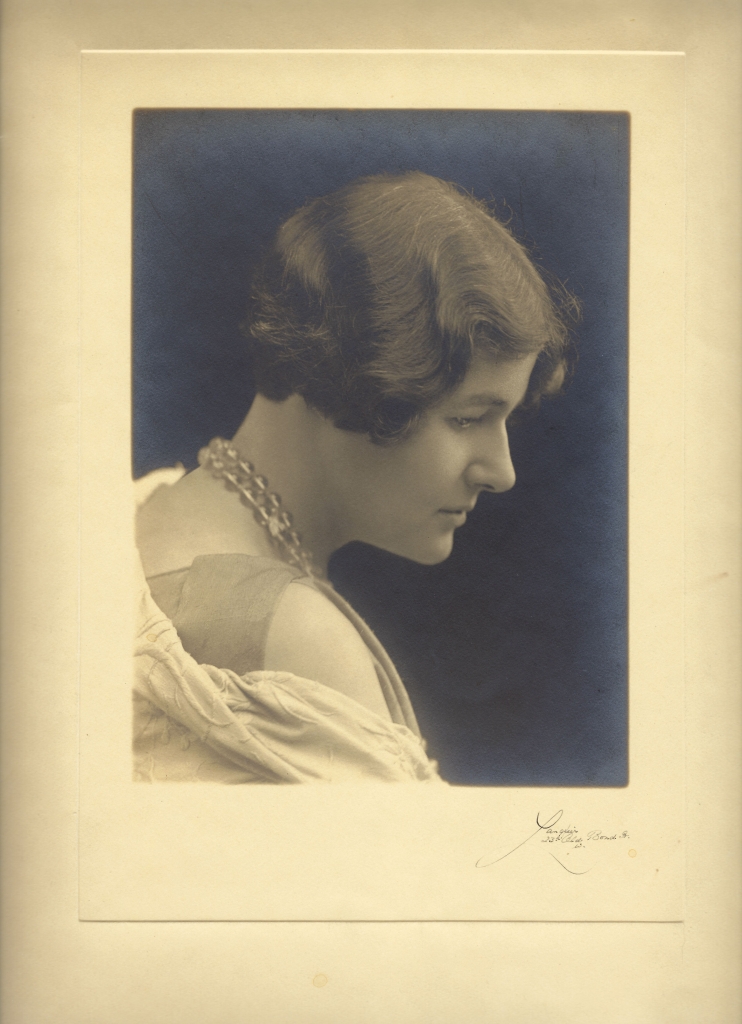 A portrait of Rebecca Clarke, taken 21 July 1925, a few weeks after the London premiere of The Seal Man.

Rebecca Clarke (1886-1979) billed herself as ‘Viola-Player and Composer’. As a performer, and as a pioneering advocate for the instrument, she was on a par with Tertis and Primrose. As an apostle of chamber music, she far outstripped them, becoming ‘Miss Rebecca Clarke, of wireless fame’ soon after the BBC began transmitting in 1922. As a composer, she worked at her own pace, eschewing commissions and focusing on what she really liked – instrumental chamber music and songs – secure in her position among ‘the élite of musicians’ (Morning Post, 1925).

The Seal Man is a case in point. Clarke wrote it, with great excitement, over a period of two months in 1921-22, and then revised it repeatedly over the next two years, in order to make it ‘simpler and better’. It was snapped up by the first singer she showed it to, the American tenor Lawrence Strauss, who gave the premiere in San Francisco, in 1924. With Clarke and her friends Cecil Forsyth and Myra Hess talking it up, it quickly entered the repertoires of John Goss, Povla Frijsh, Dorothea Webb, and many other singers whose names may mean little today, but who were honoured in their generations, and were the glory of their times. Eventually, The Seal Man carved out a niche for itself in the workaday canon, appearing on concert-programs, in student recitals, and even at music-club tea-parties, for another four decades. Since its first recording in 2000, it has become a fixture on disc and on stage. The present release is the latest – and one of the most urgent – of many fine recordings.

Like many of Clarke’s songs, and like all of her instrumental pieces with literary associations, The Seal Man is almost overwhelming in its immediate impact – “so lovely a piece of writing,” wrote an early critic, “that its termination left an ache” – but it gains greatly from being reconsidered with special reference to its textual antecedents. In this case, the underlying text is an as-if folk-narrative from John Masefield’s A Mainsail Haul. Clarke, characteristically, sets only the dramatic action and the associated dialogue, which is, indeed, all you need to know to grasp the essence of the piece. But reading the entire story makes it unmistakably clear that this is a love-tragedy of absolute purity and honest dealing, that the girl and the seal-man are both innocent victims of their own heedless, headlong passion, and consequently that there is no possibility of ‘silenced voices’, or of women being ‘lured to their destruction’, as alleged in some of the published commentary on the piece. Indeed, Clarke contradicts any such notion with the tender little surge of compassion that washes over the line, ‘It’s like he never thought she wouldn’t bear the sea like himself’. She was drowned, of course, but she did what she wanted to do. Agency, like love, may often be blind, but it is agency nonetheless.

For more on Clarke’s life, career, and music, see her official website, where you will find an illustrated feature on The Seal Man.

Listen to The Seal Man on the new album Proud Songsters.