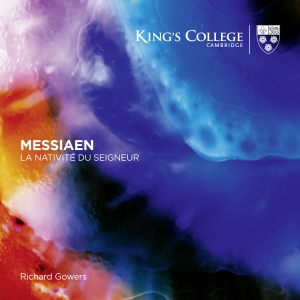 Former Organ Scholar Richard Gowers has recorded Messiaen’s La Nativité du Seigneur for the King’s College record label, with the album due for release on 21 September. Richard, who was at King’s from 2014-17, is the first Organ Scholar to release a solo album on the College’s own label.

In his booklet notes, Richard explores why he chose to make the first recording in King’s College Chapel of this hugely significant work. Also with the CD is included a specially-commissioned essay by Messiaen scholar Jeremy Thurlow (Robinson College, Cambridge).

The new album, available 21 September, will be released on CD, in high resolution download formats, and on streaming services. Pre-order >