“[Ramsay’s] delicate touch makes the piece intimate and pure in ways I have not heard on any other instrument.” – American Record Guide

This version of the Goldberg Variations was created by Parker in part to make a statement about the harp: “I wanted to show the world that the harp is an instrument of beauty, sincerity and transcendence, standing alongside the keyboards and string instruments as a worthy vehicle for the music of J S Bach.”

Parker Ramsay’s career is distinguished by its breadth and crossing of instrumental boundaries and genres at the harp, organ and harpsichord. Equally at home on modern and period instruments, Parker splits his time between pursuing historical performance and working with composers to push the technical limits of the modern pedal harp.

He was the first American to hold the post of Organ Scholar at King’s, from 2010–2013, following a long line of prestigious predecessors. Winner of the 2014 Sweelinck Competition in Amsterdam, he went on to pursue graduate studies at Oberlin Conservatory and the Juilliard School. He is co-director of A Golden Wire and works regularly with Apollo’s Fire, the Academy of Sacred Drama, the Shanghai Camerata, and a number of other period ensembles in the United States. 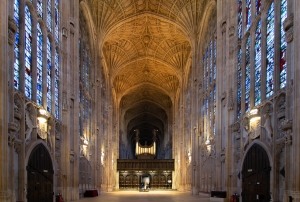 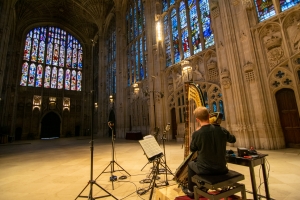 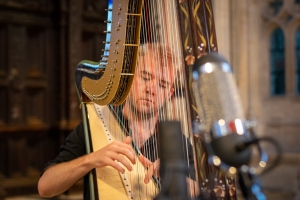 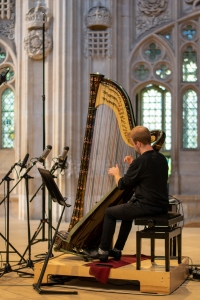 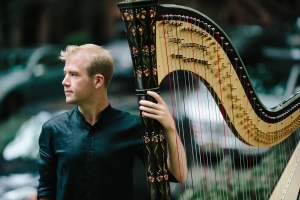 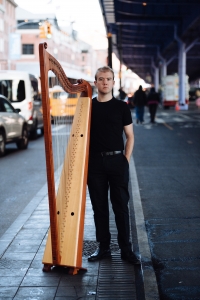 Recorded at 192kHz 24-bit PCM in the Chapel of King’s College, Cambridge, by kind permission of the Provost and Scholars, 10-13 September 2019.